Chickens: Off the Lay

Our chickens have appeared to be off the lay over the last few weeks but the mysterious appearances of cracked open egg shells down the far end of the property has us thinking there is a thief on the lam. The hot weather and rain has brought all the snakes out of hiding as well as lizards and other reptilian life so perhaps one of them has stumbled upon a great source of protein that just requires a little bit of stealth to pull off. 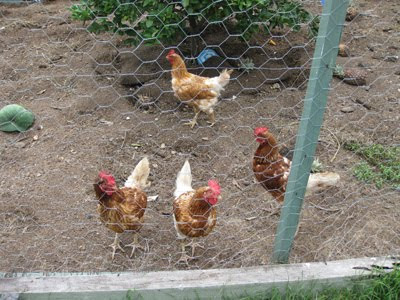 The chickens certainly don't appear bothered with whatever is going on and don't appear under threat themselves. We shall keep it under surveillance though as those eggs have pancakes waiting for them goddamn it!
at 3:45 AM No comments:
Email ThisBlogThis!Share to TwitterShare to FacebookShare to Pinterest 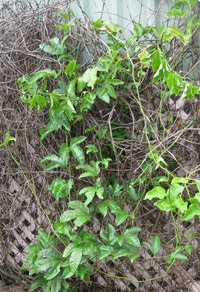 Well our single passionfruit vine has reached the end of its life span and has been slowly dying off over the last couple of months. Nature must have foreseen the event though as three passionfruit vines voluntarily emerged in our red pepper pot. We have planted all three out. One where the old vine was and two on the sides of the chicken coop. It has been a little bit of a struggle to coach them to grow onto the wire above the chicken pecking zone but they seem to have manage the feat now.
All three seem very happy where we have planted them though the two on the chicken coop may test the strength of my home built enclosure... fingers crossed they can hold the glorious abundance they will soon support. 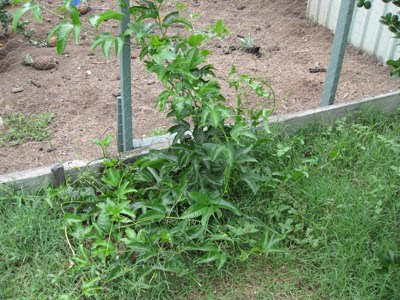 at 3:14 AM No comments:
Email ThisBlogThis!Share to TwitterShare to FacebookShare to Pinterest

at 9:10 PM No comments:
Email ThisBlogThis!Share to TwitterShare to FacebookShare to Pinterest 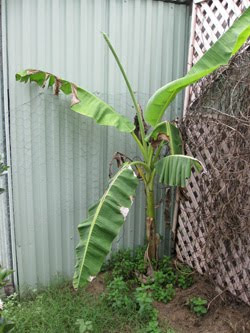 Well our banana tree has struggled through the heatwave we experienced at the start of the year. We faithfully kept its water up though and it has persevered. The little bit of rain that has fallen recently has drenched the soil all around and has given it a new burst of growth so hopefully the rains will continue and help it get better established.
Jayson
at 2:59 AM No comments:
Email ThisBlogThis!Share to TwitterShare to FacebookShare to Pinterest

at 9:09 PM No comments:
Email ThisBlogThis!Share to TwitterShare to FacebookShare to Pinterest